Here is just a quick post to mention that I'm off on a road trip tomorrow morning that will take us to the Addo Elephant Park, the Drakensberg and Ithala Game Reserve. I'm really looking forward to this, and will hopefully get some nice landscape and wildlife shots.


I will probably have sporadic internet access in the next three weeks, so I cannot promise that I will be able to process print orders in time for Christmas. I will be back on 5 January, however.

Read more »
Posted by Florian Breuer at 18:56 No comments:

I haven't posted anything for a while, and this post will be rather short, but rest assured that this blog has not been abandoned.

When my wife and I visited Madagascar in 2010, I took a number of shots for a panorama at the famous Baobab Avenue, just north of Morondava. When I got back home, I wasn't satisfied with my attempts to stitch this panorama (mostly because the sky was too bright), so I left it.

Recently, I got an email from a very friendly lady who wanted to buy one of my photographs, and asked if I have any baobab images in panoramic format, and perhaps in black and white. So I remembered the panorama I took, and reprocessed it again (now using Lightroom rather than Canon's own DPP which I used three years ago). This time I was very happy with the result, and the friendly lady now has a nice big canvas of this image on her wall.

This is not a gear review site - I have neither the time nor the money to test every new gadget that comes along. However, after weeks of deliberation and reading of such sites, I decided to buy myself a Fuji X100s, and in this post I'll share my impressions of this lovely little camera as well as some pictures I took with it in Moscow and Paternoster.

Theewaterskloof Dam lies just over the Franschhoek Pass. When it was established in 1978, it flooded a number of trees, whose bleached skeletons can still be seen poking out of the water. Some of them can be found on the sandy shores of the dam, depending on water levels, and make excellent photographic subjects. For example, The Eye of Sauron (mentioned in my previous post on infrared photography) was taken there back in 2011.

I arrived there late one afternoon a few weeks ago, just in time to catch the last light on some of the trees. I blundered along the swampy shore (it had been raining heavily earlier that week) and tried to reach the trees I had photographed two years ago, but in the gathering dark I eventually gave up and turned back. Next time I'll bring gum boots!

As the last of twilight faded away, the only remaining illumination was the light pollution from Franschhoek and Stellenbosch behind the mountains - and from the Milky Way, which was rising in the East.

I set up my tripod and panoramic head and took a series of 30second exposures at ISO 3200 (the highest my old 40D can manage) and f/2.8, which I eventually stitched into the panorama above. I'll show you my post-processing below. It's quite similar to how I made the Quiver Trees by Night series.

Infrared photography has been around for a long time, and is always good for unusual and sometimes disturbing images. Being something of a geek, I have been drawn to it for quite a while, and now I've finally gotten around to writing about it.

In July last year, I again visited Madagascar to teach a short graduate course at the University of Antananarivo. The following week I headed East into the rain forests, and spent several days photographing lemurs and chameleons.

Lemurs are an interesting branch of primates and are only found in Madagascar. They're also very cute, and thus endangered by ruthless collectors for the exotic pet trade, and of course also by Madagascar's catastrophic habitat destruction. In this post I'll show you a few of them, with the chameleons having to wait for a future blog post.

My new online gallery is now live at floriansphotographs.com. Purchasing prints has thus become easier, with a simple shopping cart system for the most popular images and options.

So far, I have only uploaded six images to this gallery, but more will follow when I get around to it.

I'd be grateful for any comments, requests or bug reports.

This picture? It has nothing to do with the online gallery, but it is one of my favorites, taken early one morning just as I got off the ferry across the Manambolo River in Madagascar. What I like is the five different attitudes towards snap-happy tourists displayed by these ladies.

In other news, I once again walked away empty-handed from the Sony World Photography Awards. Oh well, it was pretty cool to be shortlisted. And there's always next time.

I've been rather busy recently with work, so I haven't had much time for working on my photographs. Meanwhile, however, my photographs have been working for me! 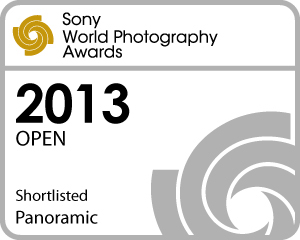 Around the same time, the finalists for the 2012 Environmental Photographer of the Year competition were announced, and Quiver Trees by Night 2 was selected as one of 53 finalists. The finalists will be exhibited at the Royal Geographic Society in London, 9 April - 3 May, and again later in the year at the Grizedale Forest. It is unlikely that I'll be able to visit the exhibitions, but if anybody reading this does see it, please drop me a line.

Read more »
Posted by Florian Breuer at 15:36 No comments:

Quiver Trees by Night 2 has been remastered, in particular I have fixed the aspect ratio to 5:2, like the other two images in the series, by including more sky - cropping the sides was not an option. I had to rephotoshop the whole thing (see here how), so it looks a little different. Let me know in the comments if you consider this an improvement.

As a result, the Quiver Trees by Night triplet now fits together as a whole, and is more easily framed as all have the same 5:2 aspect ratio.

To celebrate this, I'm making the following special offer for those who wish to buy all three prints:


Firstly I would like to thank Florian for inviting me to write a guest post on his blog.

My name is Andrew Carter and I am a landscape photographer based in Batemans Bay, Australia.

I have always been very keen on photography, so a bit over a year ago I finished up working as a vet, sold most of what I owned, and used all my savings to buy camera gear. My website recently went live, with photos that I have taken over the past year. Feel free to check it out - www.carterlandscapephotography.com.au - hopefully you like them.

I have found that looking at Florian’s photos has gotten me excited about night sky photography again, and as soon as the weather obliges I will be out in the dark!

This shot has been one of my most popular photos, and taking the photo was certainly one of those moments that leaves you in awe of nature and the landscape.

The morning that I took this photo, I had actually planned to go to another location, but as I drove into a small valley, the terrain opened up to reveal thick frost blanketing the ground. 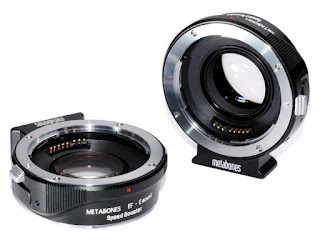 This interesting gadget lets you mount a full-frame lens on a mirrorless camera with APS-C or smaller sensor. It then acts as a sort of reverse teleconverter, reducing the focal length of the lens, while increasing the size of the aperture.

There seems to be some confusion on the forums about this, but it's nothing magical - all it does is reduce the full-frame image produced by the lens by a factor of about 0.71, so the new, smaller image circle still covers the smaller sensor, but with (ideally) no cropping. Thus the lens with adapter behaves like a shorter (by a factor of 0.71) lens for crop-factor sensors. The total amount of light transmitted is still the same, but concentrated on an area that is 0.712 = 0.5 times the original area, thus the light intensity is doubled, giving you an extra stop of light hitting each pixel. Very cool! I wish I had thought of (and patented) this!

No, this blog hasn't been abandoned, I have just been really busy.


Here's a fun picture of a Christmas bauble. The cool thing about photographing a reflecting sphere is that the reflection contains a complete view of the whole room, the only thing missing is the portion directly behind the sphere itself. So now you know what the ground floor of our flat looks like, including our little wire Christmas baobab. My wife, Erica, wrote the greeting back to front so that it looks correct on the photo. Alternatively, I could have flipped the image horizontally. If you look closely, you'll see that the Canon logo on my camera is still reversed.